One of the most challenging ironies for modern civilizations is the damage caused by manmade materials, even while they enable our societies to evolve. Synthetic rubber, for example, is a material that helps and harms in equal measure. Each year, around 290 million used tires are disposed of, with 20% being dumped illegally.

Unsurprisingly, the impact on ecological environments is immense. Used tires are not biodegradable. They take up huge amounts of space in landfills and present a real problem for countries trying to reduce their carbon footprint. It’s not all bad news though. Over the last decade, tire recycling has become increasingly widespread.

Tire recycling is the process of repurposing tires that have been discarded in landfills and would otherwise be left there to take up space. Often, this involves making changes to the rubber itself in order to craft new items out of damaged materials. It’s hugely beneficial because, in such large volumes, used tires pose a logistical and environmental dilemma.

Tire recycling has been widespread since the early nineties after the European Union committed to reducing its volume of annual discards. Before this, the durability of synthetic rubber made reuse very difficult. In 1990, over one billion tires languished in landfills in the United States. However, after the introduction of technologies like devulcanization and pyrolysis, it became easier to reconstruct their tough components.

By 2015, the stockpile of used tires in the United States was reduced to 67million. By 2010, Europe was recycling 95% of its used tires, with the majority repurposed as fuel for manufacturing plants. Today, manufacturing fuels remain a big part of recycling, but the primary use is ground rubber.

How Does a Tire Get Made And Reused?

To understand why so many tires end up in landfill and what we can do to change this, it’s necessary to know how they get there. The life cycle of a rubber tire is as follows:

A) With the use of new and emerging technologies, tire manufacturers can develop increasingly durable products. Enhanced compounds and more efficient camber tire shaping extends life on the road, reduces frequency of repairs, increases consumer safety and, in some cases, also reduces end waste.

D) Rate of wear of and length of life now depends on how the tire is used. Varying levels of maintenance and care mean the same product could last different amounts of time for different customers.

E) To further reduce waste, retailers and manufacturers implement specific rules regarding retreads, returns and replacements. This is part of commercial promises to limit, as far as possible, the number of tires customers need to purchase.

F) Once tires make it to a landfill, they can be reused if the right technologies are available to restructure and repurpose them. They are combusted and processed into new items, and manufacturing fuels.
Why Are Tires in Landfills a Problem?

The most obvious problem with storing used tires in landfills is the fact they take up so much space. They are large and relatively heavy, with around 75% void space. They are also prone to the capture of methane gas. This affects their density and causes them to warp and rise to the surface of refuse piles. In some cases, warped tires actually damage landfill structures by creating holes in ground fortifications.

There’s also a risk of serious destruction if any tire piles ignite. Some synthetic rubbers are highly flammable and, when put in close proximity to other deteriorating gases, the danger of rapidly developing blazes is ever present. Tire fires can burn for months at a time and they release toxic gases into the atmosphere.

For this reason alone, it’s a substantial risk to store large volumes of used tires in one location. Of course, not everybody is responsible enough to take their old tires to a landfill. Illegal discards continue to be a problem, particularly in forests, parks and other ecologically sensitive environments. Dumped tire piles have the potential to attract mosquitoes and rats.

On a more positive note, some landfills now recycle and reuse tires to strengthen their fortifications. For instance, shredded rubber is a useful alternative for construction aggregates like sand. It can be applied to small scale back fill venting systems and leachate collection processes, as well as serving as ‘topper’ material for refuse.

Recycled rubber is used for all these purposes, but it must be handled with care. It is not a suitable ‘topper’ material in landfills located close to water reserves. The heavy metals inside can leak directly into wet soil and cause groundwater pollution. For this reason, topper use in landfills is limited to controlled volumes of rubber.

What Are Some Common Ways to Reuse Tires?

The most common application for used tires is as fuel for manufacturing plants. While it does count as recycling, the process is problematic. Burning rubber releases harmful fumes that cause damage to the atmosphere. So, it’s not the optimum use for old tires in landfill. Cleaner, greener applications are taking a long time to catch up, but they are becoming more widespread.

For instance, some tires are repurposed and turned into hot melt materials for sidewalks. The rubber is either reformed to make Portland cement concrete or recycled asphalt pavements (also known as RAPs). Intact tires (not shredded or mulched) are inserted into industrial cement kilns. Inside, extreme temperatures cause near-instant vaporization.

If you’re wondering why used tires aren’t reshaped into new versions of the same form – as with paper and plastic – know that it has been tried. Unfortunately, tires containing recycled rubber are significantly less durable. As a result, they’re deemed low quality. These products have a shorter life, a thinner tread and reduced traction. To ensure road safety, no more than 5% of a new tire can be made out of recycled rubber.

On a smaller scale, rubber can be mulched and used as a substitute for woodchip in flowerbeds. The pieces need to be cut up very small, but they are surprisingly good at trapping moisture and fending off weeds. It’s not uncommon to see recycled rubber in domestic gardens, public parks and other green spaces.

Can Used Tires Be Turned Into Practical Products?

It is much more desirable to turn used tires into practical, serviceable products. It takes a lot longer and requires more advanced technologies, but the outcomes are more valuable. Such products are known to create economic advantages, whereas burning the rubber produces nothing tangible or long renewable.

Plus, applications don’t that tolerate emissions pollution are better for the environment.

The following are serviceable products that can be made out of recycled tires:

Also known as ‘size reduced rubber,’ ground and crumbed materials are regularly used to increase the flexibility and durability of paved surfaces. The most common types are rubber modified concretes and asphalts.

Recycled tires can also be added to smaller construction components such as curbs, tiles, dock bumpers, floors, speed bumps and even railroad ties. In some cases, they are paired with tough plastics to create industrial items like warehouse pallets.

Most of us have encountered recycled rubber on playgrounds and in athletic areas. Its addition gives recreational surfaces a slight spring and more effective shock absorbing qualities. It reduces the force of impacts on the feet when running and jumping, so it is a popular choice for basketball courts and children’s play spaces.

One of the most impressive uses for recycled tires is as part of eco-friendly homes. In fact, whole tires (not shredded or stripped) can be used to create domestic structures. They are referred to as ‘earth ships’ and made out of intact tires packed tight with earth. Once full, a layer of concrete is added to secure the tires in place.

Earth ships are an increasingly common sight in third world countries, where traditional building materials are expensive or hard to source. They are one of the cleanest, greenest ways to recycle as they stay strong for a long time when built correctly.

Packed tires (as in earth ships) are similarly useful for creating strong, sturdy barriers. Again, they are filled with earth to make them heavy and immovable. Then, they’re placed in environments that need protection from the elements. Some common applications are flood barriers, blasting mats, rainwater run offs, bridge abutments, wave action systems and erosion control measures.

It may surprise some people to find out used tires often make their way into commercial footwear. Rubber can be stamped and cut to add springiness to sports sneakers and sandals. The sidewalls of the tire are carefully cut and weaved back together to produce a strong, flexible webbing.

Is Pyrolysis a Clean Way to Recycle Tires?

Pyrolysis is one of the newest forms of tire recycling. It is also known to be one of the cleanest, but it isn’t without controversy. If performed correctly and precisely, it is a very clean process that produces few harmful emissions. Unfortunately, budgetary shortcuts are common in many industries. The use of cheaper burners, catalytic after burning devices and internal combustion engines means the process isn’t always as green as it could be.

Pyrolysis recycling involves the heating of whole or dissected tires to extreme temperatures in an oxygen free container. In this hot, contained space, rubber begins to break down. The polymers inside the tires split into small molecules. Over time, these little pieces turn into a vapour that gets directed into a collection vat.

The rubber vapours may be used in two ways. Either, they get reversed and turned back into an oily fuel (devaporisation) or they are burned as vapours to create power for other machines and processes. If some of the smaller polymers fail to condense into vapour, they can be collected and burned separately as a different type of fuel.

Around 40% of a whole tire cannot be burned and is, instead, extracted as mineral ashes. This percentage varies, however, when tires are combusted in different forms. Unlike whole tires, shredded rubber rarely contains steel and fibres. Therefore, the end result produces a smaller volume of ashes.

They are often referred to as ‘char’ and have no application beyond use as a cheap, low quality fuel. Char is the leftover pieces of the original carbon black originally added to the tire for extra strength and wear resistance. Depending on how tires as combusted, the quality of this material can vary though it is of limited value.

It is clear, then, that pyrolysis is not a faultless form of recycling. While it may be cleaner than many others, it is not very efficient. The loss of 40% of the tire’s composition makes it a relatively wasteful system. The good news is innovations continue to emerge all the time. Tire recycling via pyrolysis gets more sophisticated every year.

What Is the Future for Tire Recycling?

As rubber recycling techniques evolve, their reuse and repurposing is happening faster and more cheaply. Industrial innovators are finding new ways to burn tires without releasing toxic gases that damage the very environments recycling is intended to protect.

Due to the monumental rate at which tires are manufactured, used and discarded, however, it’s not enough to let big industry deal with the problem. We must all find ways to reapply the manmade materials around us. Often, the smallest actions have the most dramatic impact when we commit to them in large numbers.

For instance, the next time you need to replace a tire, consider ways to repurpose it before taking it to the landfill and forgetting about it. Old tires make great garden planters. They can be hung from tree branches and used as adventure swings. Whole tires are useful for strength-based athletes. Turn yours into a mighty obstacle for stepping, jumping or pulling. 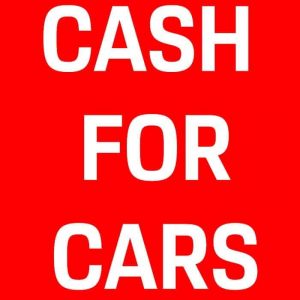 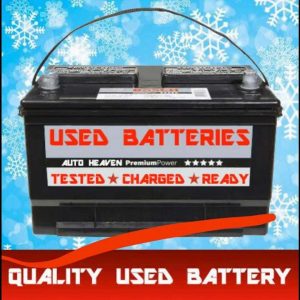